In cooperation with Marita Goga

“Throughout the years, music was always a place to escape to,
roaming in comforting fantasy worlds,
that complied with a logic I could actually follow-
then the world often seemed quite rambled,
with an ever shifting sets of rights and wrongs.

Yet now, I find myself in need of a “Reality Check”-
choosing to direct my gaze outward as well as inward
I stare at Reality, at face value,
while insisting on finding a way to sway through it all-
with a smile.” E.Alony

The profundity with a thoughtful look – the humour erratic and disarming. And when both are ready to swap places, they finally realise with surprise that they are much closer to each other than they had suspected…

This interplay creates a lightness that brings Alony’s seductive poetry to even more dynamic fruition. Her strong, soulful voice is able to slip effortlessly into the most diverse characters and emotions like a wonderful being that constantly takes on new forms. “Hollywood isn’t Calling” gives her a fresh vitality and sonorous dexterity.

Frank Wingold (git) Henning Sieverts (bass), Heinrich Köbberling (drums) and Efrat Alony as a quartet lend strength and fragility at the same time to the music as modern storytellers through their inexhaustible liveliness: a cleverly exciting play of contrasts and depth with a bright wink.

Fotos © Carola Schmidt (Click the image for a larger view) 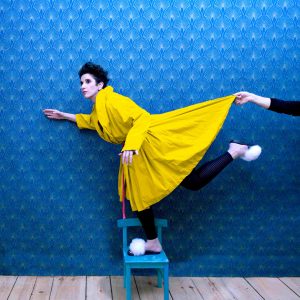 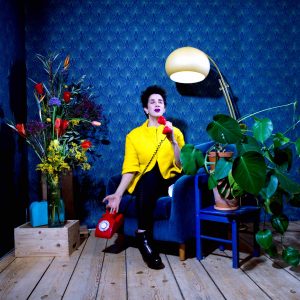