Yellow Bird â€“ featuring the paired voices of Vermonter, Manon Kahle and Zurich-born Lucia Cadotsch â€“ channels a dream vision of Anglo-American folk music into a sound that feels at the same time very old and brand new. The manner of their music-making has a vintage charm, a resonant earthiness, an old soul; but the voices are fresh, the emotions they evoke timeless. Cadotsch and Kahle tell stories of black trains and blue cowgirls and are backed by an awesome band: Ronny Graupe, Uli Kempendorff and Ludwig Wandinger.

After their debut album, SING, the band spent most of 2017 working on their second recording. The result is an album of ten original songs which at times sound like the lost soundtrack of a Jarmusch or Coen Brothers film, with Joni Mitchell and Tom Waits in the lead. Big Beats, hauntingly beautiful voices and a blues-steeped guitar-uke-banjo and bass clarinet stew tug at your heartstrings and make you move.” 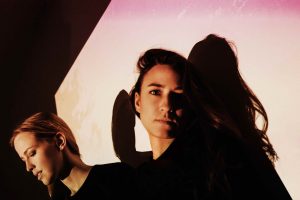 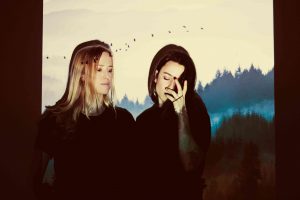